Hello!
Here we have an Antique Ham / Amateur Radio Station dating back to the early to mid-1950s!!!

I modified the Astatic D104 microphone to use with my first 20A back in 2008…
The ptt lever has been removed completely and the stem wrapped with a leather grip.
The battery powered amplifier section was removed completely and a few 1 megaohm resistors were put in series with the crystal mic element (to cut the excessive highs out).
I also custom-shaped a foam and cloth puffer filter inside the screen on the head of the mic.
I used the mic with the built-in VOX function of the transmitter but you could wire for a hand or foot switch if you want to!
(Everyone that talked to me on the station complimented the audio highly!)

I have not set the station up since I acquired it as I still have not built my next HF antenna.

The receiver here is the National 183D and was a fantastic receiver for its time!
(If you are not familiar with this receiver you should certainly do a Google search on it and read about it!)
We tested this receiver at HRO New Castle where I used to work and it works perfectly but one tube is gaseous and should probably be replaced!
The matching speaker I have for it looks great but does have one tiny dent in the cabinet as shown in the photos.

I also have the Johnson Kilowatt Matchbox Tuner to go with this station plus a parts tuner just in case you need it!
I believe the relay is missing from the tuner.

(I also have the issue of Electric Radio you need to properly modify this tuner to use on 160 Meters  and I’ll include it with the listing).

When this gear was built, line voltage was rated at 115 volts so if you’re going to set the station up I would certainly recommend running all of it on variacs – Just to avoid any possible problems!!!
The only other thing you will need is a Dowkey Relay to automatically switch your antenna from the transmitter to the receiver!

This is offered for local pickup only in Newark Delaware 19702

Cash In Person, Cash App OR PayPal plus 3% accepted.

Contact Me For Photos as I am having trouble posting them here!

Thank you for looking!
Blessings!
Will, N3YH 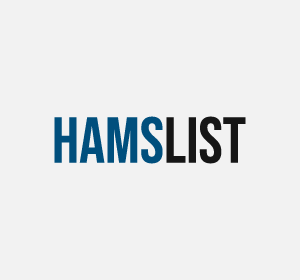